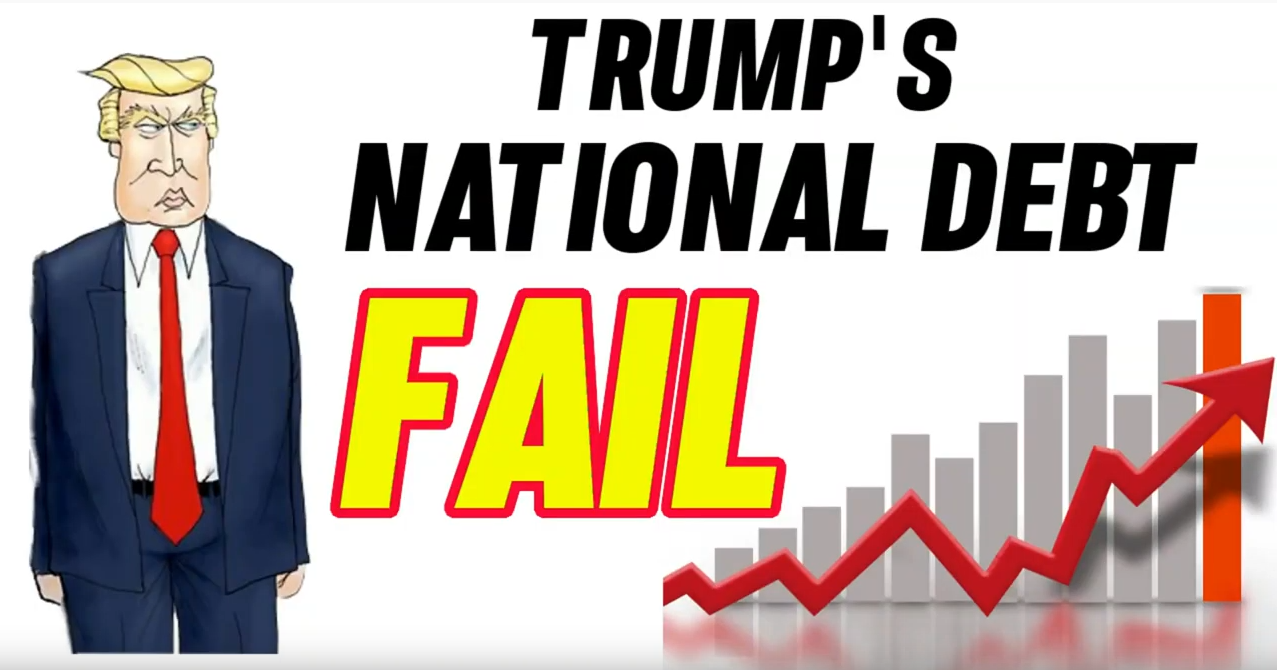 Before Trump was elected, he claimed he would pay off the national debt in 8 years

Instead, Trump has not only failed to pay off any debt, but he increased the national debt by $6.2 trillion in a mere 3.5 years – the highest by any President during a single term in office.

In early February of 2016, Donald Trump appeared on Fox News’s O’Reilly Factor and assured viewers that, if he were president, he could start paying off the national debt “so easily.”

Trump argued at the time that it would simply be a matter of looking at the country as “a profit-making corporation” instead of “a losing corporation.”

A month later, in March 2016, Trump declared at a debate that he could cut trillions of dollars in spending by eliminating “waste, fraud, and abuse.”

Trump said he would achieve much of his savings by dismantling the Department of Education and the Environmental Protection Agency.

Wallace challenged Trump by calling up a chart showing that the Education Dept’s total annual budget is $78 billion, while the EPA spends just $8 billion a year. Total annual cost to taxpayers: $86 billion.

In an interview with Bob Woodward on March 31, 2016, then candidate Trump said the following:

Trump: “I think I could do it fairly quickly…”

Trump: “Well, I would say over a period of eight years.”

(Most economists would consider Trump’s proposal impossible, as it could require slashing the annual federal budget by more than half)

The president told Sean Hannity in a surprise radio interview Friday July 27, 2018, “We have $21 trillion in debt. When this really kicks in we’ll start paying off that debt like water. We will start paying that debt down. We’re $21 trillion, a number that is unthinkable. But that will go down very quickly because the numbers with growth”

US National Debt when Trump Entered office in January 2017: $19.56 TRILLION

US National Debt after 3.5 years under Trump: $25.7 TRILLION

Trump promised to have the debt paid down by ~$2 billion per year in office, or a total of $8 trillion after 4 years. Instead, Trump increased the national debt by $6.2 TRILLION in just 3.5 years.

Before Trump was elected, he promised to pay off the national debt in 8 years (assuming he’d be in office for two terms). Given that the national debt was just below $20 trillion when he entered into office, that would require $2 trillion+ per year in debt payoff alone.

Under Trump, the annual US bugbet is around $4 triliion, which would required the budget to be cut in half to around $2 trillion, with the rest going to payoff the national debt.

Instead, Trump has not only failed to pay off any debt, but he increased the national debt by $6.2 trillion in a mere 3.5 years – the highest by any President for a single term in office.

SIDEBAR: IT Connections Between Guo Wengui, Bannon and China